Taking a bike on holiday

Have you ever wanted to take your bike on holiday with you, but feel it’s too much hassle by air? A cycling holiday by ferry is a truly green way to travel, and it can also be a great way to save money as many ferries don’t charge foot passengers extra for taking a bike. Unlike planes, there is normally no need to dismantle your bike to box it up, or wonder whether it will arrive from the luggage hold in one piece.

Discover Ferries has created this useful how to guide to take your bike on board.

It’s really easy to take a bike on a ferry as a foot passenger and cycle off into the sunset, straight from the port. Passengers travelling with bicycles generally check in at the same time as other foot passengers. They dismount from their bikes for safety reasons and push their bicycle up the same vehicle ramp as that used by cars. Stewards will be on board to instruct cyclists. Once onboard, travellers will be shown where to park and secure their bicycle on the deck for the crossing. It may be attached to the floor, wall or a railing for the crossing. 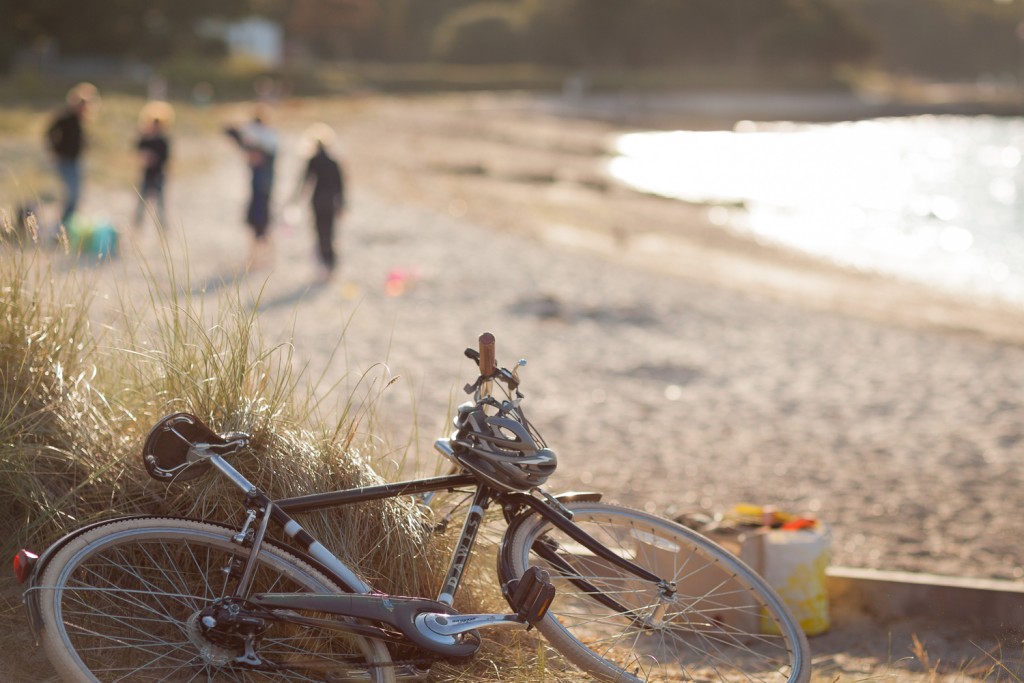 Brittany Ferries accepts bicycles for foot passengers for no additional charge on routes between Portsmouth and France (Caen, Saint Malo, Cherbourg and Le Harve), Portsmouth to Spain (Santander and Bilbao) Poole to Cherbourg and Plymouth to Roscoff in France, or Plymouth to Santander in Spain. They also have a useful video showing you the experience of putting a bike on board.

Wightlink allows foot passengers to take a bike free of charge on routes from Lymington to Yarmouth, Portsmouth to Fishbourne and Portsmouth to Ryde  – all on the Isle of Wight. Its website site is also packed with tips about cycling on the island and cycle festival details.

P &O Ferries accepts bicycles as part of a car booking for no additional charge on its routes between Dover and Calais, Hull to Rotterdam, Hull to Zeebrugge and Cairnryan in Scotland to Larne, Northern Ireland. A clever interactive adventure planner on its website gives ideas for cycling adventures and gives tips about travelling to watch professional cycling overseas. P&O Ferries doesn’t accept bicycles on its Liverpool to Dublin route.

Caledonian MacBrayne accepts bicycles with foot passengers free of charge on its multiple routes to from Scotland’s West Coast to islands from Arran to North Uist. Passengers travelling to the terminal by train will need to check with www.scotrail.co.uk to check if they need to book their bikes onto the connecting train service.

DFDS accepts bicycles as part of a car booking for no additional charge on its routes between Newcastle and Amsterdam, Dover Calais, Dover to Dunkirk and Newhaven to Dieppe. Its website is packed with useful cycling tips and cycling route advice.

Stena Line accepts bicycles for no additional charge on its routes between Cainryan in Scotland and Belfast, Liverpool to Belfast, Holyhead to Dublin, Harwich to Hook of Holland and Fishguard to Rosslare.

The Isle of Man Steam Packet Company allows foot passengers to take a bike free of charge. They operate regular ferry sailings to the Isle of Man from Heysham and Liverpool (Birkenhead during winter) and seasonal sailings from Belfast and Dublin.

Isles of Scilly Steamship Group packs bikes into a luggage hold and therefore must be booked in advance due to the limited availability of space. Bicycles are £26 return (inc trailers) and children’s bikes and scooters (under 5) are £10.

Bicycles are permitted on board all Irish Ferries crossings including Dublin – Holyhead, Rosslare to Pembroke and Rosslare to Cherbourg/ Roscoff. The price of travelling with a bicycle is £20/ €20 return. 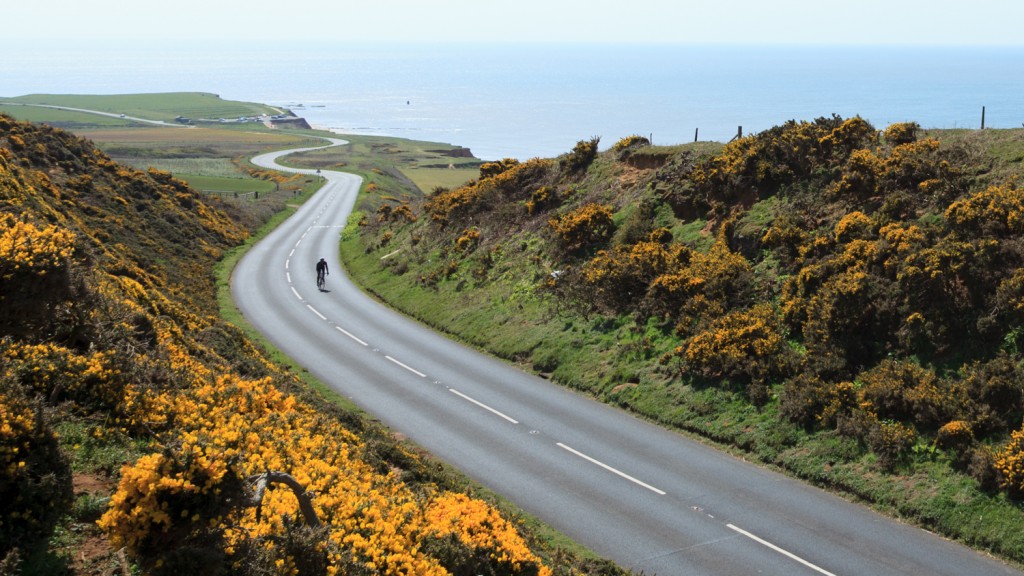 Travelling with a bike attached to a vehicle

The majority of passengers taking ferry holidays with bikes simply strap them onto their cars, caravans, or motorhomes in racks or boxes. That means they can drive to any destination and cycle wherever they go on their holiday. The pricing of taking bikes on a vehicle is simple – passengers just need to include the additional height and length of the vehicle when making the ferry booking.

It’s worth remembering that rear mounted cycle racks can obscure rear lights and number plates so car owners may need a lighting board with number plate and electrical supply to ensure their car and bike racks are legally roadworthy.

Wightlink offers return car crossings on its Portsmouth – Fishbourne route from £57.50 for an average size car. Vehicles carrying bicycles will be charged an additional cost if the bicycles add additional height or length to your vehicle – see Vehicle size guide for details.

Brittany Ferries offers return crossings on its Portsmouth/Caen route from £238 for a standard size car (up to 5m long and 1.83m high) with rear-mounted bicycle rack..

Stena Line offers return crossings on Harwich to Hook of Holland from £150 for two adults and a car with a bike rack (attached at the back of the car).

The Isle of Man Steam Packet Company offers crossings to the Isle of Man from Heysham and Liverpool (Birkenhead during winter) and seasonal sailings from Belfast and Dublin from £100 each way for a car with a bike rack attached and two people..

DFDS offers crossings on the Dover-Calais route from £39 for an average size car with a bike rack attached.

Irish Ferries offers return crossings on both its UK to Ireland routes from £189 for an average size car and driver, with a bike rack attached.

P&O Ferries offers return crossings on its Dover to Calais route from £150 for an average size car .

Caledonian MacBrayne offers return crossings on its Wemyss Bay (a short car or train journey from the centre of Glasgow) to Rothesay (Isle of Bute) route from £35.20 for an average size car* and two adult passengers with a bike rack attached free of charge. 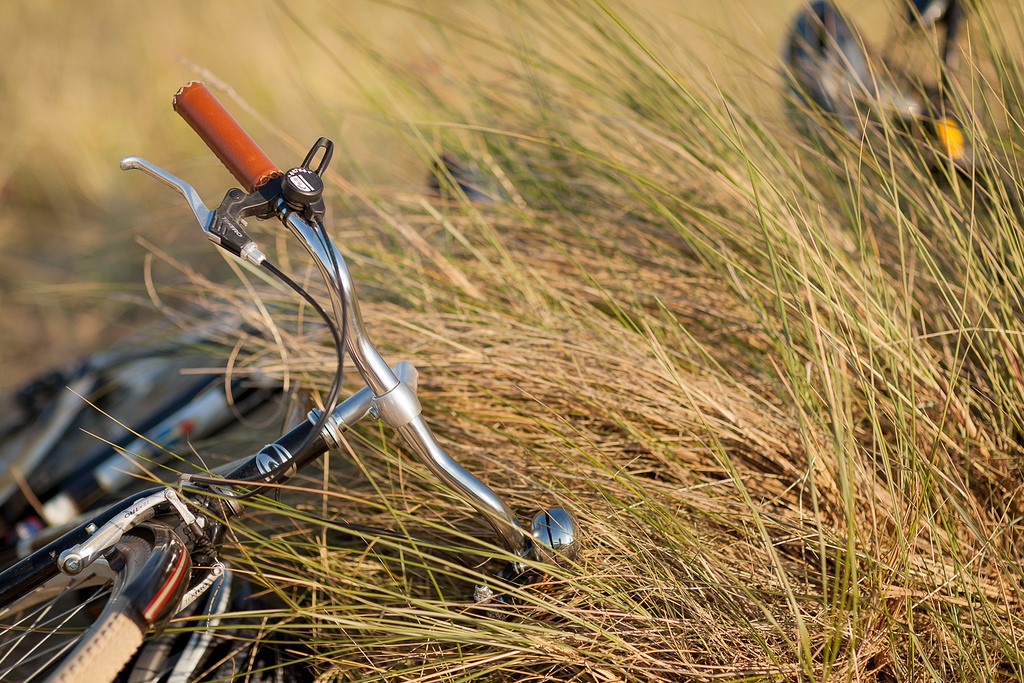 In addition to checking out the cycling sections of each ferry members’ website there is some great advice for cycling routes from cycling organisations such as Eurovelo – a European cycling network – or Sustrans  for UK, Northern Ireland, Wales, England and Scotland.

Cycling rules of the road

We advise checking out the rules of the road in any international country before you set off. Each ferry member has lots of advice, but tips for cycling in France include the fact that a bike must be equipped with a bell, cyclists can ride two abreast in daylight but it’s mandatory to ride single file at night. Cyclists travelling after dark in rural areas must also wear a high visibility waistcoat.

Similar laws apply in Belgium and Germany, but side and pedal reflectors must be fitted, as well as white front and red back lights for use after dusk or in times of low visibility. In Holland all bikes must have a round red reflector on the rear, yellow reflectors on the pedals and white or yellow reflective tyres

In Germany and Holland, flashing LED lights are illegal. It is not essential to wear a crash helmet in most European countries but it’s strongly advised to do so.